The Lindisfarne Gospels return to the North East from Saturday 17 September - Saturday 3 December 2022 when they go on display at Newcastle's Laing Art Gallery. Tickets are now on sale.

The Lindisfarne Gospels will feature in a contemporary exhibition about its meaning in the world today and its relationship with themes of personal, regional and national identity.

Created on the Holy Island of Lindisfarne, the book represents the golden age of design and craftsmanship in Northumbria and has survived in almost perfect condition for over one thousand years.

The exhibition will begin with an immersive digital experience and include a stunning selection of early medieval treasures brought together from across Britain, representing both personal and collective religious experiences in the 8th century. A selection of paintings, drawings and photographs will further explore how art and spirituality have developed in the centuries since the Lindisfarne Gospels were created.

A highlight of the exhibition will be a new work by Turner Prize winning artist Jeremy Deller.

Alongside the Laing exhibition, there will be a supporting exhibition at neighbouring Newcastle City Library and venues across the North East will host complementary events in an Inspired By programme.

The plan to display the Gospels in Newcastle was co-ordinated by the North East Culture Partnership and the British Library.

You can learn about the Lindisfarne Gospels by exploring the digitised collection items on the British Library website. Zoom in on the book’s intricate illuminations, or see if you can decipher the Old English gloss added between the lines of the main Latin text by a priest named Aldred – the earliest rendering of the Gospels in the English language. Find out more: https://www.bl.uk/collection-items/lindisfarne-gospels

If you have any further questions please see the frequently asked questions section on Laing Art Gallery's website.

This is the fifth time since 1987 that the Lindisfarne Gospels has been on display in the North East. In 2013 the manuscript was the focus of an exhibition at Durham University, which attracted nearly 100,000 visitors, and told the historic story of the Gospels and its spiritual significance. The manuscript has also been to the Laing Art Gallery twice before, in 1996 and 2000.

The plan to display the Gospels in Newcastle was co-ordinated by the North East Culture Partnership and The British Library.

Lindisfarne Gospels is supported by North of Tyne Combined Authority.

Discover more about what to experience from the Lindisfarne Gospels! 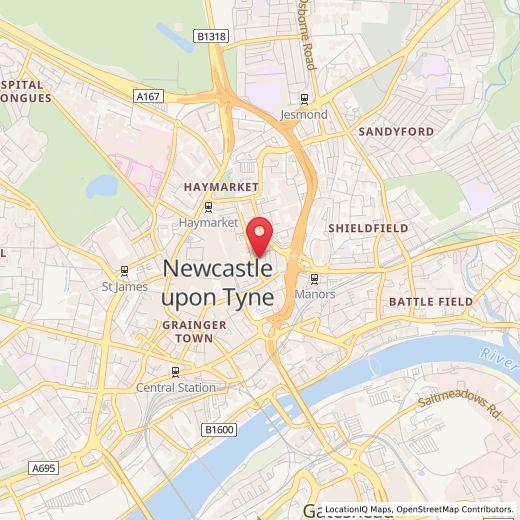